It's that time of year when Hollywood finally gets around to releases movies that are worth paying $15 to see. It's Oscar season, and movies that don't feature a lot of action and car chase sequences are pushed out of the theatre in favor of films that feature plot, depth and occasionally a little bit of sex.

They're not all Oscar-worthy, but here's a list of six films that could inspire some famous (hopefully) sex scenes in your own home:

1. From Here To Eternity
You don't have to go all the way -- kissing in the waves may be enough. It certainly was enough for Burt Lancaster and Deborah Kerr. The waves washing over your bodies as you are locked in a passionate embrace. You don't have to travel to an exotic location for this one, but why not? Start planning a spring vacation now and make a beach embrace your goal.

2. Risky Business
Yes, the sex is incredibly hot when Tom Cruise and Rebecca De Mornay indulge their fantasies to have sex on a train.  Who wouldn't want to try recreating that scene? But if you're not feeling as adventurous, dancing around the living room in your underwear to some old time rock n' roll may also make you both feel like getting it on.

3. The Big Easy
This scene isn't hot just because of Dennis Quaid's six-pack abs, or because Ellen Barkin is playing a saucy glasses-wearing DA. It's hot and spicy for so many other reasons -- the New Orleans setting, the Zydeco, and the jambalaya.  Reenact this movie's steamy scenes and your luck with sex will change from bad to good.

5. 9 ½ Weeks
Kim Basinger and a younger and very beautiful Mickey Rourke get down and do the nasty while cleaning out the fridge. You don't need to find an exotic location for this one, just head out to the kitchen and indulge!

6. Unfaithful
The ever-beautiful Diane Lane playing a devoted wife and mother is unfaithful with a handsome younger man played by Olivier Martinez. Their heated attraction for each other is so irresistible that he follows her into a stairwell for a heated (and very public) intimate encounter. Public sex isn't for the feint of heart, but if you're in a quiet building, maybe you should give it a go. 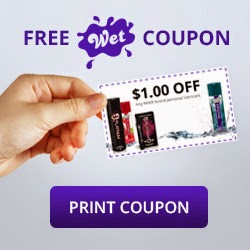